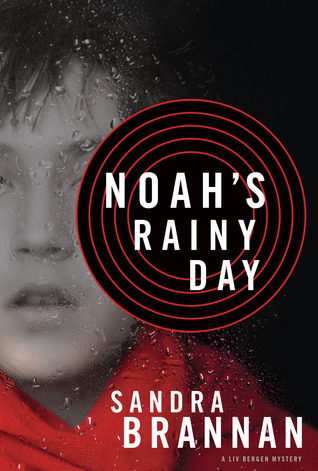 I received a copy of this galley via NetGalley from Greenleaf Book Group. While it was provided to me at no cost, I am under no obligation to give a positive review.

When I agreed to read this, I didn’t know it was the fourth book in the series. But sometimes, it can be good to pick up a book several books into a series so you can see how polished the book is. If it’s sloppy and ugly by the fourth book, chances are you don’t want to pick up the first three.

Alright, on to the review. The main character of this series is Liv Bergen who, as of this book, is fresh out of Quantico and ready for her first assignment with faithful bloodhound Beulah by her side. And boy, does it come with a vengeance.

Little Max is flying from New York to California to spend Christmas with his mother, who is estranged from his father and certainly not on good terms with him. Max is accompanied solely by an employee of the airlines and, once the employee is distracted by an argument with his girlfriend at Denver Airport, Little Max disappears. His parents are quite the celebrities, which brings a lot of local and national media attention to the case, only adding to the pressure on the investigative team.

Agent Bergen must work along with agents Streeter Pierce and Jack Linwood, the latter her current beau. Naturally, there’s a little bit of triangle chemistry going on to provide an additional subplot.

In the midst of this storyline is my favorite character, Noah Hogarty, a twelve year-old who would love to be a spy one day. He has a terrific mind for analysis and details, enjoying when his Aunt Liv comes by to discuss cases with him. They even work small cases on their own when mysteries appear.

Noah knows what happened to Little Max and is more than willing to share that information, but he has one sizable roadblock: Noah has severe cerebral palsy. This means he is unable to communicate in an easy manner, relying on cues such as smiling for a yes answer or using the five-finger method of working through the alphabet with his sister. Consequently, Noah can only answer questions if he’s asked. But if they don’t know to ask him……..

As the story develops, the story gets too close to home for Liv, and Noah gets taken by Max’s kidnapper, placing both boys in mortal danger. Will Agent Bergen figure out the clues? Will Noah’s family pick up on the cues he’s trying to give them? Can both boys be returned safely to their respective families?

Overall, I really enjoyed the storyline, especially because of Noah, as I previously noted. As the parent of an adult with special needs, I see a lot of Noah in my older son, even though he doesn’t have CP like Noah does. Following an email exchange with the author, I now know some of the backstory which allowed her to give such detailed depth to Noah’s character, and it’s no surprise he is such a strong character.

My only beef about the book is the location of the kidnapper is just a little too convenient. Sure, it needed to be that way to move the storyline along in the direction the author wanted, but it felt a little forced. It also allowed me to figure out much of where the book was going at only 21% into the book (I read a digital edition, so I didn’t really pay attention to pages). However, none of that works as a spoiler for the story; it just weakens it somewhat.

That said, I would definitely recommend this book to others, and I have already acquired the first three books from Amazon so I can catch up on Agent Bergen’s past stories.