Via NetGalley, Top Shelf Productions supplied me with a copy of this eGalley for the purposes of reading and reviewing it. While it was provided at no cost to me, I am under no obligation to give a positive review.

I was raised Catholic. There. It’s out in the open. Judge me now or judge me later.

Catholics don’t usually have Vacation Bible School, so I invariably went with friends to whatever VBS they were attending that week. It was a surefire way for my parents to keep my brother and I out of trouble. Well, you can’t blame them for trying.

I remember that during one of them there was a contest to memorize scriptures. I have always had outstanding recall, so this was right up my alley. Add in that the first place prize was a one pound bag of peanut M&Ms, and I had all the motivation I needed. I won that contest easily. Good thing I don’t have a peanut allergy. And that bag of M&Ms was gone within the hour when I got home. My stomach still hurts.

This book had no chocolate and candy shell-covered nuts as a reward at the end, but it was certainly equally as fun. In this hilarious offering, the authors (one the writer, the other the artist) take each book of the Bible (as I type this, “Born Again” by Black Sabbath is playing in the background. Ironic.) and summarize it in succinct and humorous ways. There are gems such as:

Here it is, the entire Jewish religion in a nutshell:

1. Build a just society where the rich and powerful don’t get to treat the rest of us like livestock.

2. Don’t get all too cool for school whenever God tries to tell you something. Be humble. You’re never so holy that you can’t improve a little.

3. For gravy’s sake, help each other out once in a while. Don’t you understand? We’re here on Earth to make life better for each other.

Oh, and make no mistake about it, this is not a book for kids. While it definitely pares down all the archaic language and mystery from the scripture, the word choice and topics are very much for adults. No, it’s not raunchy or X-rated, but there are definitely obscenities.

Overall, I thought this book was absolutely hilarious, if not very irreverent. It takes what can be a very cumbersome and daunting text and breaks out each book of the Bible into a few pages of humorous summation.  I laughed out loud all through it. Yes, it’s irreverent, but it’s also accurate in its interpretation. And in that, it’s earned the rating. 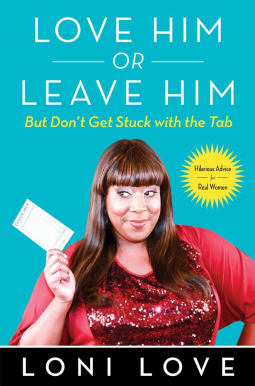 Simon & Schuster was kind enough to provide, through NetGalley, a copy of this eGalley for the purposes of reading and reviewing it. Although it was provided at no cost to me, I am under no obligation to give a positive review.

A relationship and sex advice book for women? Somehow, I might not be the target audience for this book. 🙂 But at the same time, it is always nice to see what advice is being given to the fairer sex.

That said, this book was hilarious. Admittedly, I knew who Loni Love was, but wasn’t really familiar with her career or stand-up routine until reading this book. She’s definitely someone I find very amusing.

The premise of this book is simple: ladies, don’t let yourself be taken advantage of. But what I also like is that Love doesn’t make it appear that a woman should be the center of a relationship, just an equal partner. At one point, she doles out the following advice: “If you want your man, respect your man”. Exactly. And she makes it abundantly clear it’s a two-way street.

But the real catch of this book is the manner Love dishes out her advice. The format is much like an advice column, where Love poses a question from a woman and then replies in her own inimitable style. This is done in a very laid back, comical manner that is straight to the point. She also provides many real-world examples, many of which I presume are fabricated, to make her point.

So if you want some great, no-nonsense advice about life and relationships, this is definitely your book. It’s a rocking, rolling, hilarious, and quick read from one end to the other. 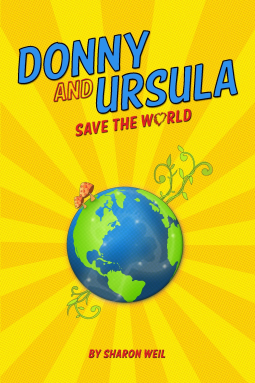 Through NetGalley, I received a copy of this eGalley from Passing 4 Normal Press, whom I thank for their generosity. Although it was provided to me at no cost, I am under no obligation to give a positive review.

Ursula. I’ve always loved the name Ursula. Ursula Andress (“Dr. No”, anyone?). Ursula K. Le Guin (outstanding author). OK, there was the evil sea witch in “The Little Mermaid”. But still, I like the name. Apparently, in this story so did Donny, as he practices rolling the name off his tongue early in the book. It’s a cool name.

Well, among other things, Ursula has a problem. She’s never had a Big O (no, not Oscar Robertson or Oliver Miller). I’m talking about le petite mort, The Little Death, the Holy Grail. Yeah. That. And she’s pretty well decided it’s not going to happen.

Ursula starts seeing Donny and eventually they do click more and more as they burrow their way into each other’s lives and hearts, even though neither really expected or wanted it to happen.

But this isn’t just a love story. We have AgriNu, a large producer of GMO seeds, who happens to have the President’s ear. Slowly, they start making the use of anything other than their seeds a crime. So away go all the mom and pop and organic farms. Even having a garden in your back yard becomes illegal as AgriNu stages terrorist attacks and other fabricated events to put fear into the populace and hopefully increase their confidence in and reliance on AgriNu.

Then there are the mushrooms. Ursula has bowls of Kombucha mushrooms. Lots and lots of mushrooms. And they start talking to her.

Add in Donny’s best friend who decides to go off the grid, thereby coming into contact with some survival fanatics who are learning to live completely independently, who later come into play in the climax, pun intended, of this book, and there’s a lot going on.

Eventually, Donny, Ursula, and a whole supporting cast decide it’s time to save what’s left of the organic seeds and take AgriNu down a notch or more. All with the help of mushrooms.

Did I mention the mushrooms?

Certainly, this book is a naked, in many ways, cautionary tale of what can happen when corporate America gets too involved with agriculture, thereby wanting to serve themselves, not the people as a whole. Throw in some belly dancing ladies, a new Homeland Security division dedicated to rounding up those with organic seeds, the aforementioned survival fanatics, lots of hormones and lustiness, and much much more, and this is rollicking roll down the political highway.

Wait. Did I mention the mushrooms?

Overall, I found this an amusing book that obviously is trying to drive a point home while having some fun along the way. The author is kind enough to provide some links at the end of the book in case you need more information on the topic of GMOs and what they mean. I found it funny, but not hilarious, but interesting enough to keep reading at least.